According to Coin Dance, 66–77 percent of Bitcoin Cash (BCH) miners are backing the SV network based on currency hash rates, compared to 18–29 percent backing Bitcoin Cash ABC, which is favored by crypto evangelist Roger Ver.

The data is an estimate based on which mining pools have shown support for the coins after the eventual hard fork. 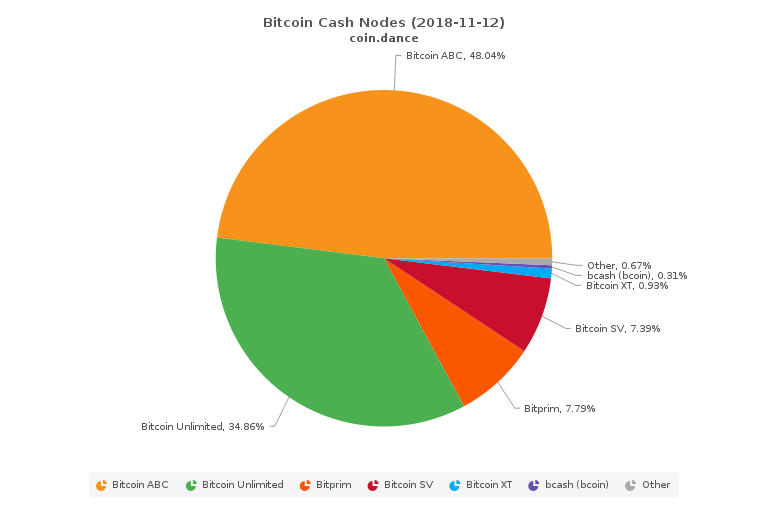 Notably, neither factor is a total indicator of which camp will come out on top after the hard fork. Launching a Bitcoin node is cheap, and in theory, a user could launch several nodes for under a few hundred dollars. While hash rate is crucial for Proof-of-Work (PoW), if a coin is not accepted by exchanges, the hash would be wasted. At press time, Bitcoin Cash ABC and Bitcoin Cash SV are trading on Poloniex at $393 and $107, respectively.

The controversy surrounding the hard fork took a personal turn earlier this week, as arguments from each side’s largest proponents, Ver and Wright, became more strongly worded. Wright — who has previously claimed to be Bitcoin (BTC) inventor Satoshi Nakamoto — allegedly claimed in an email that Ver “hates Bitcoin” and regards him as “an enemy.”

Wright reportedly finished his email by repeating, “I AM Satoshi” and stating “Have a nice life. You will now discover me when pissed off.”

At press time, Bitcoin Cash is down four percent on the day, trading at 508.60, according to data from CoinMarketCap.

Also read: Japan -based MUFG has partnered with Brazil’s Banco Bradesco to develop a cross-border payments service based on Ripple’s Blockchain technology