Xunlei (NASDAQ:XNET) issued its earnings results on Wednesday. The software maker reported ($0.24) earnings per share for the quarter, Morningstar.com reports. The business had revenue of $45.03 million for the quarter. Xunlei had a negative return on equity of 3.89% and a negative net margin of 4.65%. Xunlei updated its Q4 2018 guidance to EPS.

Xunlei Limited, a cloud-based acceleration technology company, operates an Internet platform for digital media content in the People’s Republic of China. The company’s platform is based on cloud computing that enables users to access, manage, and consume digital media content. It offers Xunlei Accelerator, which enables users to accelerate digital transmission over the Internet; and cloud acceleration subscription services that offer users premium services through various products, such as Green Channel and Offline Accelerator. 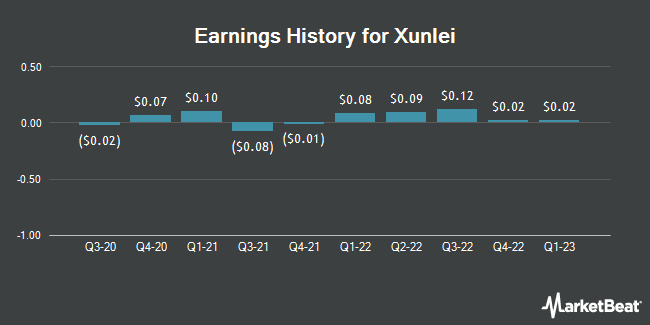 Also read: In the aftermath from yesterday’s Bitcoin Cash hard fork, both opposing camps in the so-called “hash war” are mining at a hefty loss