The average block time on the Ethereum blockchain decreased by almost a quarter after the mining difficulty was decreased.

Data reported on Ethereum block explorer Etherscan shows that from Jan. 1 to Jan. 4, the daily average block time on the blockchain decreased from 17.16 seconds to 12.96. This translates to a 24.48% shorter block time. 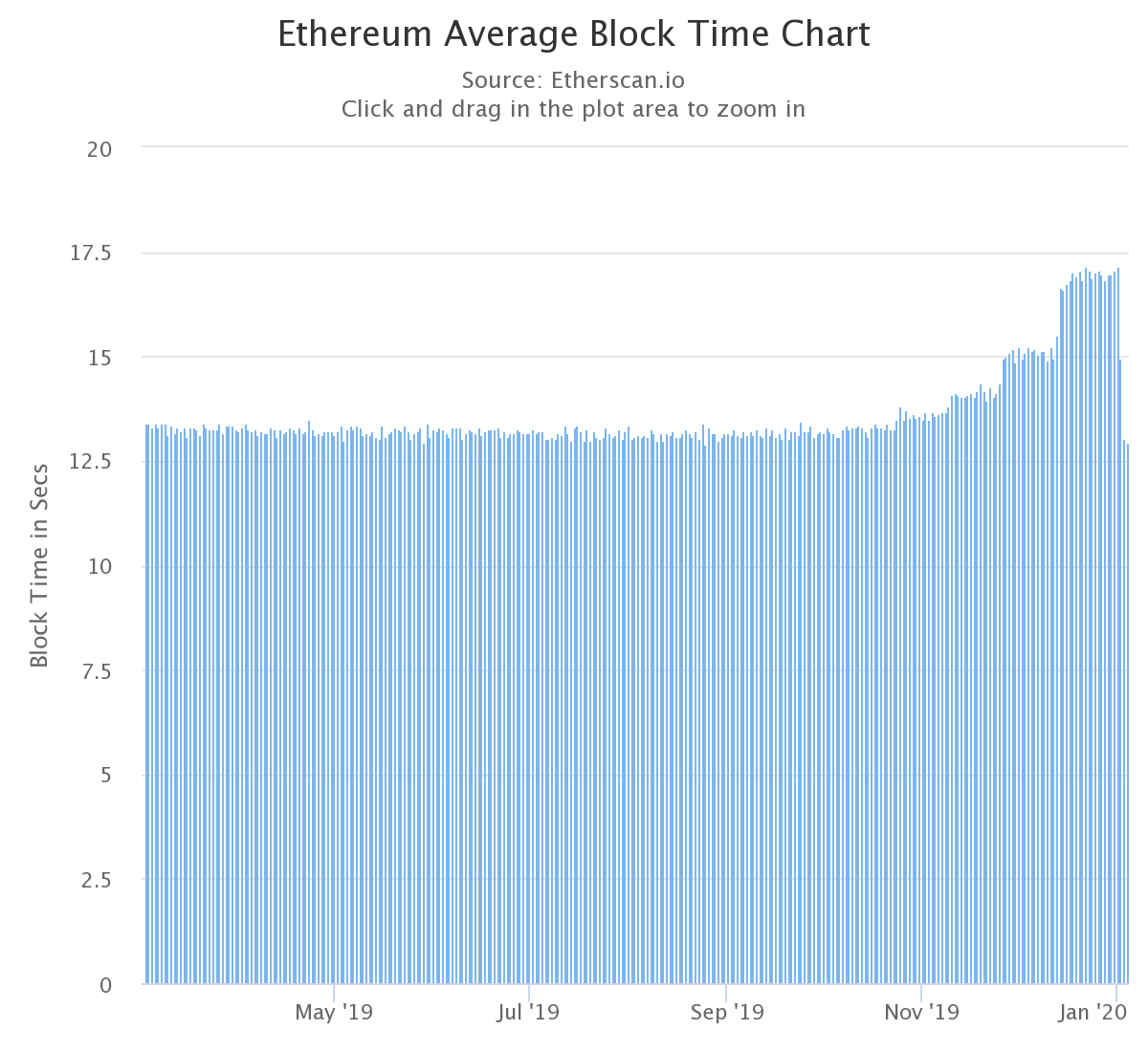 Obviously, the block time decrease resulted in a higher number of blocks mined daily and a higher Ether (ETH) inflation. According to Etherscan’s Ethereum block count and rewards chart, during Jan. 1, miners create 4,980 new blocks and 10,237 ETH. Meanwhile on Jan. 4 the network’s miners created 6,570 new blocks and 13,437 new ETH. This is nearly a 32% increase in the number of blocks and over 31% increase in block rewards. 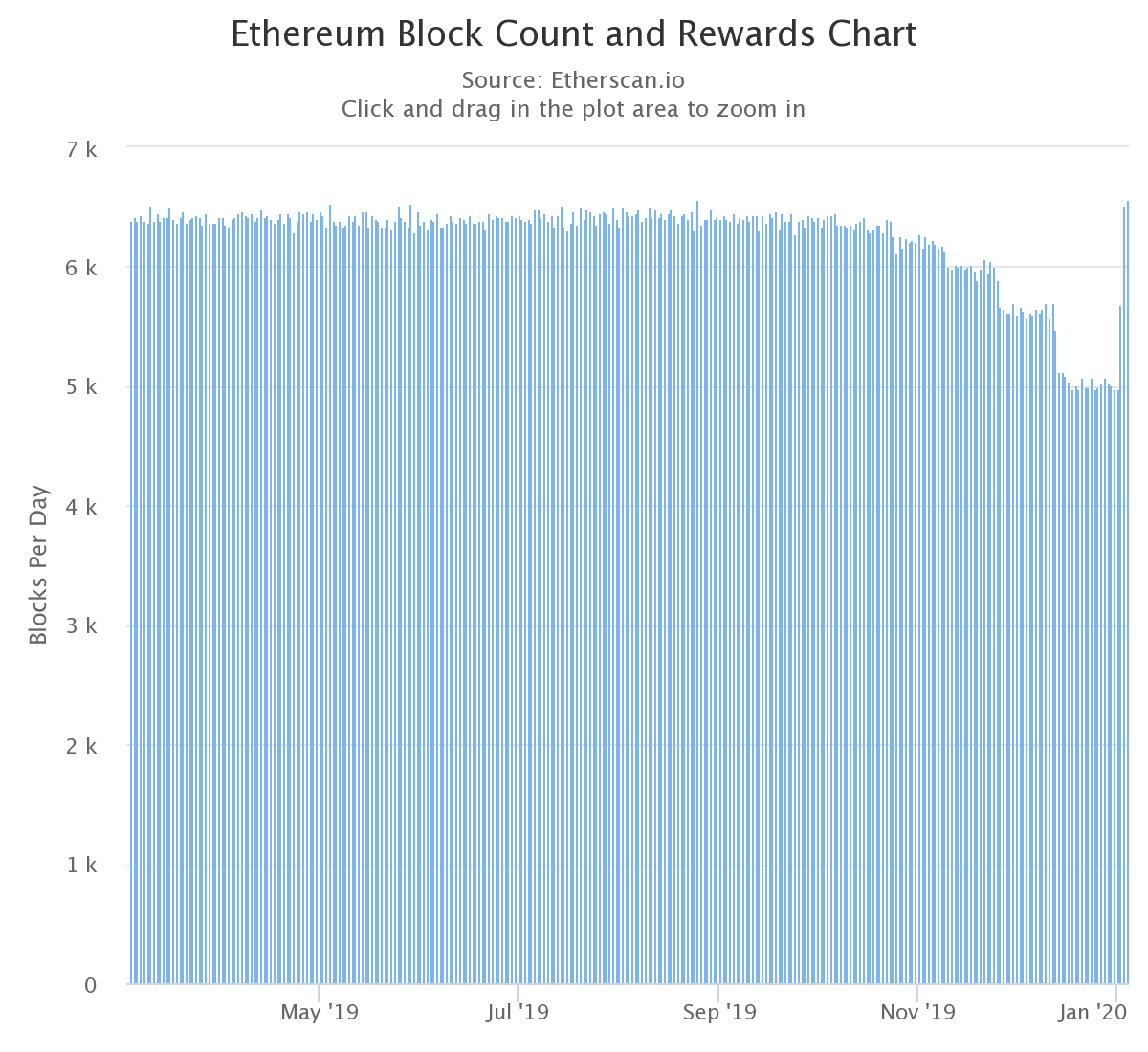 The changes described above are all consequences of the recent implementation of the Muir Glacier hard fork, which Cointelegraph reported on Jan. 2. The fork in question is meant to delay the so-called Ethereum ice age, which Cointelegraph reported on. The ice age protocol increase the network’s mining difficulty over time until it makes the mining of the chain practically impossible.

The ice age will come about through a series of difficulty bombs, is ultimately a measure meant to prevent miners from continuing to mine the old Ethereum chain after the Ethereum 2.0 proof-of-stake blockchain deploys.