A fintech company is taking on the retail trading industry and giving crypto owners the opportunity to use digital currencies as collateral and to trade across markets with fiat funds — avoiding any commissions or fees.

Quantfury says its mission is to make the markets “absolutely transparent and fair” while giving crypto enthusiasts an opportunity to use their assets in a new way.

According to Quantfury, it offers access to more than 750 mid- and large-cap stocks that are listed on major United States and European exchanges, eight major cryptocurrency pairings, 14 fiat pairings and commodities including crude oil, gold and silver.

The company’s CEO, Gregory Kim, explained: “Quantfury was started by a group of traders, quants and machine learning professionals who set out to change the exploitative retail trading industry. The goal was to make trading financial markets absolutely transparent and fair, with zero commission or leverage fees for people worldwide.

“Our users buy and sell equities, cryptocurrencies, fiat pairs and commodities at the best bid and ask prices delivered directly from global exchanges.”

Quantfury’s goal is to attract regular cryptocurrency holders — enabling them to trade markets by using their assets as collateral. The startup describes its users and product as their obsession, and plans to keep offering regular improvements to their iOS and Android apps. In a twist on the motto “don’t be evil,” the company says the value driving its business is “cannot be evil.”

In an attempt to simplify the process for first-time users of the app to make trades, Quantfury says it has created “effortless onboarding,” which enables someone to download the app and open an account within two minutes. When users post collateral in crypto, Quantfury offers fiat trading power of up to 20 times the collateral amount. However, they cannot incur losses greater than their crypto collateral value at any given time. 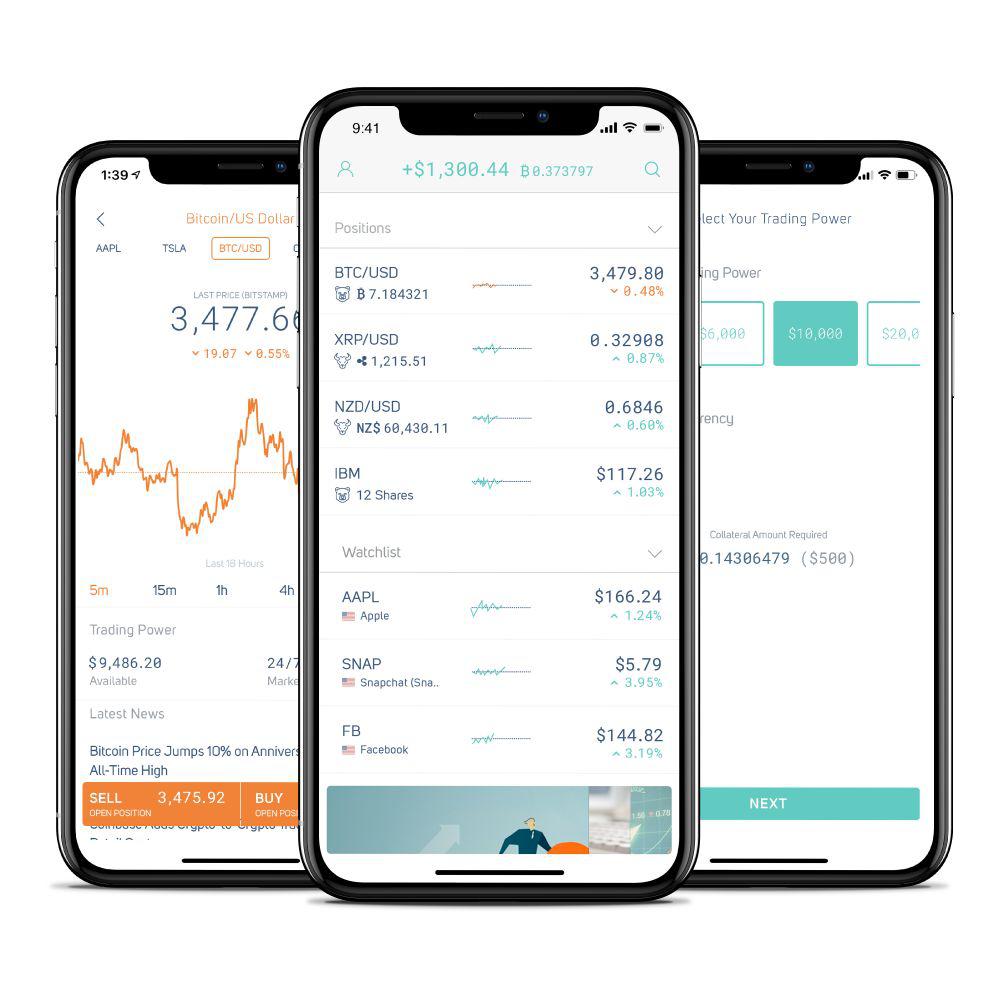 The company wants its app to level the playing field and address the unfair advantages that traders on Wall Street and in London have over everyday traders.

Over the space of 12 years, Kim worked as a trader in top-tier investment banks — and in a blog post, he criticized the status quo and suggested that most people who use old-fashioned platforms end up losing money because of information asymmetry. He said: “A lot of retail trading platforms/brokerages try to sell the idea of a fair and skill-based game, but it is not. The truth is, they are running a system that preys on anyone who has a few hundred dollars, to those with deep pockets. They do this by running unfavorable trading conditions and selling false hopes that anyone can get rich by trading the markets.”

Quantfury’s mobile apps are now available for download. The company currently accepts collateral in Bitcoin, Ethereum and Tether, and is about to expand to other major cryptocurrencies by January 2019. Quantfury is based in the British Virgin Islands, with offices in Toronto and Singapore.

Also read: Ireland’s High Court has ruled that 25,000 euro in crypto held by a man in prison is considered “the proceeds of a crime”