A Redditor has introduced a new Bitcoin (BTC) video game as a holiday gift to the crypto community.

Shared on Dec. 24 on Reddit, the new “Satoshi vs. the Shills” Bitcoin game is a survival shooter game featuring Bitcoin’s anonymous creator Satoshi Nakamoto as the main character.

The arcade game is available on the Google Play store for Android. Big Hands, the developer of the game, has not yet specified whether its team is planning to roll out the game on iOS or other platforms as of press time. This article will be updated if new comments come in.

With the game letting players assume the role of Nakamoto, they will have to stand against crowds of shills — people referred to by the crypto community as those who promote cryptocurrencies other than Bitcoin. On their way to approach the player, these enemies shout out typical shill messages like “Check my grandma’s ICO,” “Yeah, but I know of a better coin,” or “Bitcoin is dead, bro.”

The player’s mission is to shoot the shillers and stop them from taking over the world, according to a description available on Google Play. 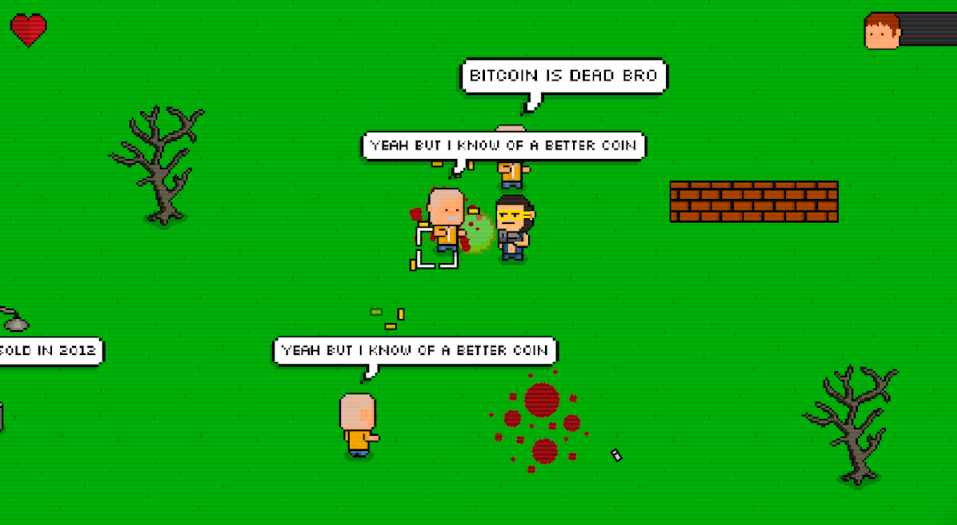 Gaming is one of several sectors highly affected by growing cryptocurrency adoption. Crypto not only serves as a source of game plots (as it does here) but also provides new technology to innovative gaming opportunities. United States IT firm Advanced Micro Devices joined the Blockchain Game Alliance to help advance the technology’s use in the industry on Dec. 12. And according to a recent expert opinion shared with Cointelegraph, gaming is purportedly the key to mass adoption of crypto — gamers are allegedly more tech savvy and open to new ideas than the average internet user.